THE BEATZ AWARDSTM is created to celebrate the creative minds behind music production, business and distribution, which is the first of its kind in Nigeria and Africa at large. It’s no hidden fact that the recording artistes bask in the spotlight when a song becomes a hit, but its architects are often left in the shadows.

THE BEATZ AWARDSTM  is a set of awards given to individuals or groups of individuals who have succeeded in the fields of music production, business, and distribution, who have excelled within the year in view. The award is the brainchild of Elijah John; conceived in 2013 on a trip from the United Kingdom in 2013 and eventually became a reality with the presentation of her inaugural award ceremony on December 18, 2015, at the Muson Centre, Onikan Lagos. The awards have now become a reference point for behind-the-scenes professionals. 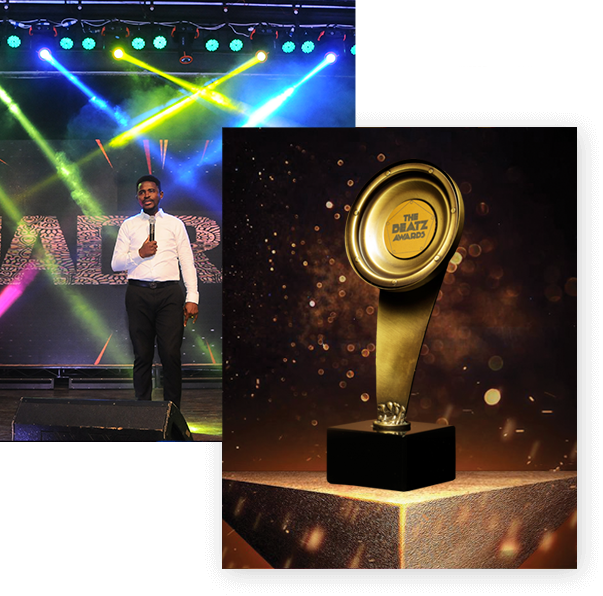